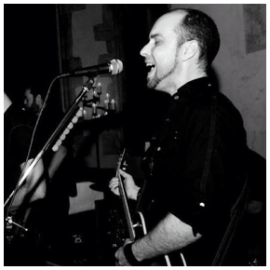 Planet Guitar was formed in March 2013. Its owner, Jimi, has over 20 years guitar playing & gigging experience with a huge passion for music and everything guitar. 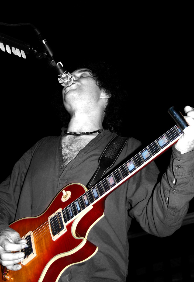 After his parents bought him his first electric guitar at the age of 12 Jimi knew that it would be more than just a hobby, it would be his life.

From this point Jimi literally didn’t put the guitar down. Practicing every day for hours upon end, music became a real passion.

After one day hearing the intro to Purple Haze, lead guitar grabbed his attention and focus and became something he had to do.

His skills developed further after forming a band at school, working with other musicians was such a buzz and increased his enjoyment in music. 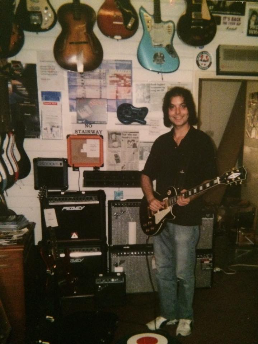 At 15 Jimi left home for 2 months to play lead guitar 6 nights a week in a covers band based in the Charente Maritime area of South West France.

It was certainly a turning point in his musical career, playing 6 nights a week, being the lead guitar player in an established band and touring around a small area of France... All this and still only a teenager!!!

From the age of 16 Jimi not only began to gig extensively but also became Saturday boy at Wing Music and spent the first 10 years of his working life learning his trade from his mentor  and close friend Barry Mitchell, working everyday with guitars developed his knowledge

It was only a short while until Jimi became store manager and under the watchful eye of electronics engineer John Burleigh, Jimi was taught how to repair and modify guitars. 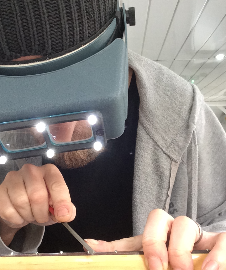 His time in this role furthered not only his skills as a guitar tech but also introduced him to the world of guitar tuition. Impressed with his guitar playing skills and general knowledge of the instrument, Jimi was hired by Reigate Academy of Music as an additional guitar teacher. 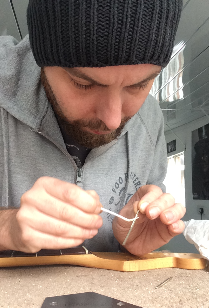 Guitar teaching became extremely rewarding to Jimi very quickly and with lots of positive feedback from his students he decided that alongside playing, repairing and enjoying guitar that teaching would also be a major priority in his career.

From that point Planet Guitar was born and as ever the guitar continues to be a big part of Jimi’s life!!!!

Planet Guitar continues to grow from strength to strength. Jimi now teaches over 50 students per week, teaches at local schools and is the only guitar teacher in the world that has taught a guitar lesson on the London Eye.

Repairs have kept him busy too. With hundreds of guitars coming through the workshop each year Jimi also makes custom hand wound vintage inspired pick ups and is currently   working on custom hand made electric guitars. Watch this space.......... 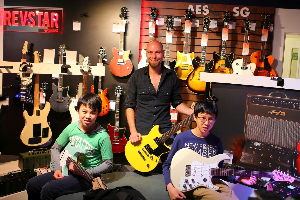 If you have any queries or wish to make an appointment, please contact us:

We are located at:

Get social with us.